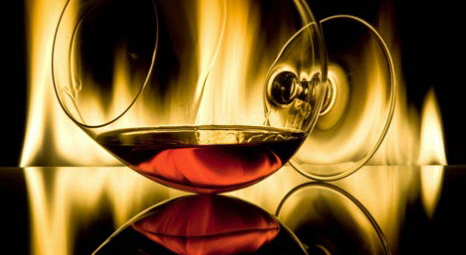 It was the first time in four years that I spent Christmas by myself. It had only been a couple of weeks since she collected the last of her stuff and permanently shut the door behind her. Most of our things were hers, which meant I was left behind in a very tidy house. She even took the couch, so I bought a new one last week – one of those huge, lounge-type things that she hated. My mom gave me some of those wooden Christmas lights with bright LEDs, so I put them in front of the window, like you're supposed to. I didn't really care though, I was never that into Christmas.

When it started to get dark, I noticed that my mood shifted alongside the setting sun. There I was, all alone on the couch in an almost empty house. On Christmas. She briefly crossed my mind. Should we have stayed together? No. We were really over and done with. It felt like I hadn't spoken to her in over a year, which was probably true. By the time we broke up, I had no idea who I was living with, we had both been doing our own thing for quite some time. She would probably be having Christmas dinner with her family right now. I lied to my mom and told her I had plans.

For the time being, those plans consisted of a bottle of red wine and a piece of cheese. I got my laptop and opened Netflix. The cheese was kind of expired, but the wine tasted great. I was looking for a lesbian drama to watch and scrolled through the selection, while checking Facebook, Twitter and other timesucks. I finally decided to watch an episode of Survivor and refilled my glass. I didn't really grab my attention and Facebook is dead anyway on Christmas Eve.

The wine didn't help my mood at all, I found my self-pity increasing as the amount of wine in the bottle decreased. The damn bottle was empty before I knew it, which really put me over the edge. There. I have nothing. I'm alone and I have nothing. Nothing to live for, either. What am I supposed to do now?

I pulled myself together, recognizing the downwards spiral of drinking and depression. Stop it, I scolded myself. Go do something. Go somewhere.

I got up from couch, exchanged my pajamas for a nice pair of jeans and – slightly inebriated – tried to decide where I would continue the evening. Anything would be better than staying alone in this empty house. I wasn't allowed to drive anymore, so I decided to ride my bike to the nearest bar. On a night like tonight, there were bound to be other sad losers that didn't know what to do with themselves.

'Merry Christmas!' the bartender called out when I entered the bar. 'What is your favorite drink? Santa's buying the first round!' His nose was kind of red and he was wearing a Christmas hat. 'A glass of wine, please,' I answered amused. 'No, no, your favorite! Anything you like!' I looked at the multiple rows of bottles behind him. 'In that case, I'll take a glass of Hennessy.' The honey-like cognac perfectly suited the occasion. Also, I always liked the feeling of the snifter in my hand. The bartender seemed amused by my choice and poured way too much into a warm glass. The liquor had a comforting effect and – for as far I can remember – the third glass still tasted good.

I woke up on my new couch. I made the right choice, I thought to myself when I rolled over. It slowly dawned on me that my head hurt. That my hip was resting on something hard. That I was covered by a blanket, where did I get that?! Come to think of it, slowly and painfully, how did I get home?

I wasn't sure. It was a relief to be lying on my own couch, though. It had to be late morning, because the bright winter sun was shining through a crack in the curtains. I laughed at myself; I had no idea how I got home, but I had had the presence of mind to get a blanket and close the curtains. I stopped laughing immediately, because the hangover had a mean bite. I pulled the blanket over my head.

I must have dozed off again, because suddenly I woke up by a sound. Did something fall? The house was so empty that everything seemed to have an echo. I tried to lift my throbbing head to sit upright. 'I'm sorry, I didn't mean to wake you. My phone fell.' I almost had a heart attack.

Who the hell was in my house? With my heart beating almost out of my chest, I peeked over the back of the couch. By the window overlooking the garden stood a beautiful woman.

'You must be very hungover,' she chuckled. 'You were pretty drunk.' What else is new, I thought. I had no idea who this woman was. Or did I? A vague memory started to form. Did I meet her in the bar..? 'Do you remember my name?' she asked jokingly. I made a sound and all of a sudden understood where the expression 'flabbergasted' came from. 'I enjoyed last night. I left you on the couch, because you wouldn't move. I took the liberty of sleeping in your bed. Seemed appropriate after the night we had.' Very, very slowly I started to remember what had happened.

'You called me your Christmas Angel,' she said, got a pen and notepad from the table and scribbled something down. 'Pick me up here, tonight at 8. You can take me out to dinner. I want to get to know you and maybe I'll even tell you my name.' Before I knew what happened, the door closed behind her, but her last words were still hanging in the air: 'Merry Christmas!'

Translated from Dutch by Hoogerop