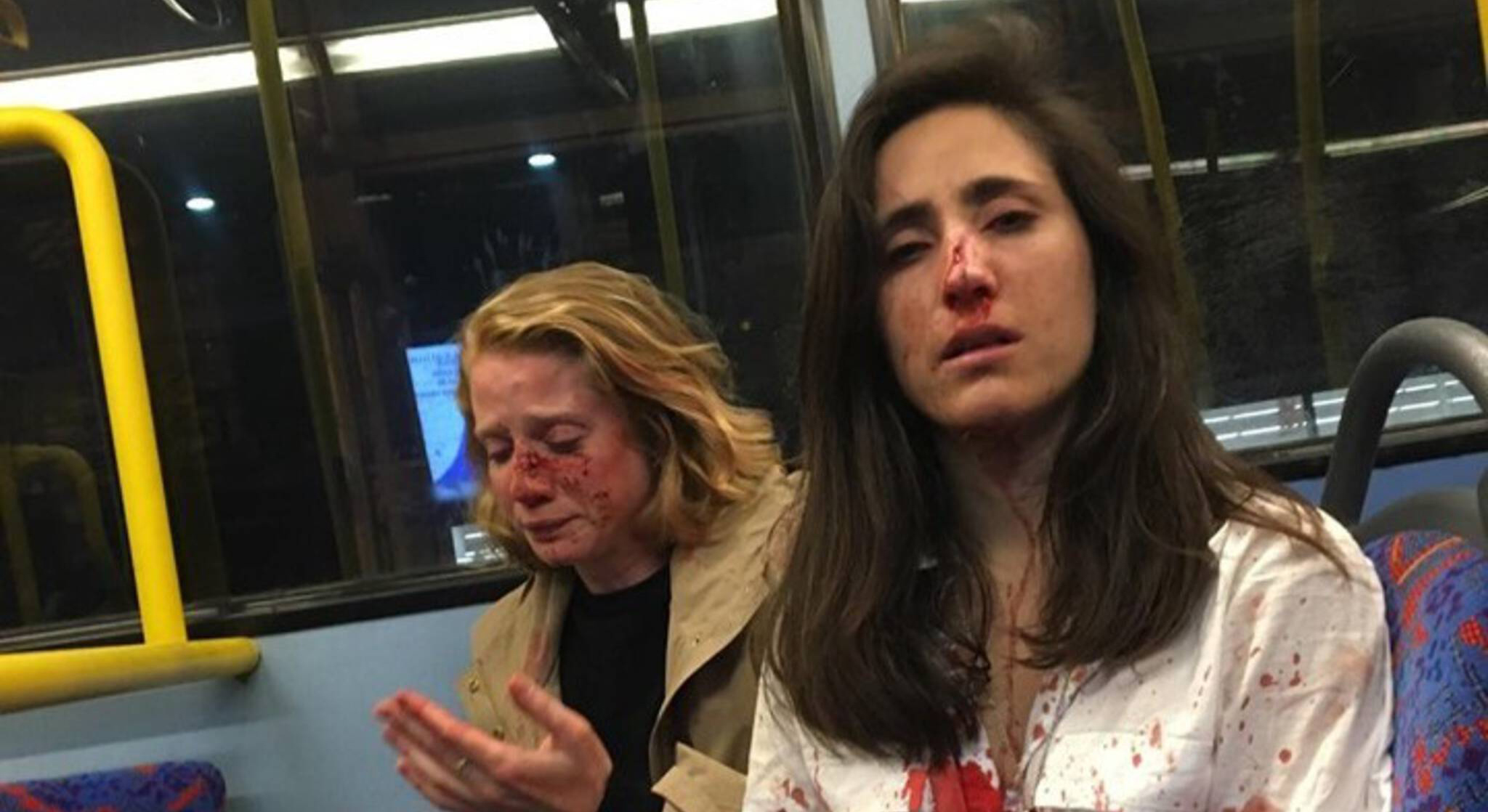 'The case received a lot of attention, but that doesn't mean it isn't also happening elsewhere.' The two women who suffered a violent attack on a bus in London after refusing to kiss in front of a group of male teenagers said that hate crimes are 'not a surprise.'

Melania (28) and her girlfriend Chris (29) spoke to the British Channel 4 about the violence, deciding to speak out because, they said, 'it was a moral obligation, this needs to stop'. Channel 4: We spoke to the couple about how they've been coping since, and began by asking them what happened that night.

'I am more physically confident in myself because I know I will stand up for myself.'

Last Wednesday, I had a date with Chris. We got on the Night Bus, heading for her place in Camden Town, climbed upstairs and took the front seats. We must have kissed or something because these guys came after us. I don't remember if they were already there or if they got on after us. There were at least four of them. They started behaving like hooligans, demanding that we kissed so they could enjoy watching, calling us 'lesbians' and describing sexual positions.

I don't remember the whole episode, but the word "scissors" stuck in my mind. It was only them and us there. In an attempt to calm things down, I started making jokes. I thought this might make them go away. Chris even pretended she was sick, but they kept on harassing us, throwing us coins and becoming more enthusiastic about it. The next thing I know is that Chris is in the middle of the bus fighting with them. On an impulse, I went over there only to find her face bleeding and three of them beating her up.

The next thing I know is I'm being punched. I got dizzy at the sight of my blood and fell back. I don't remember whether or not I lost consciousness. Suddenly the bus had stopped, the police were there and I was bleeding all over. Our stuff was stolen as well. I don't know yet if my nose is broken, and I haven't been able to go back to work, but what upsets me the most is that VIOLENCE HAS BECOME A COMMON THING, that sometimes it's necessary to see a woman bleeding after having been punched to feel some kind of impact.

I'm tired of being taken as a SEXUAL OBJECT, of finding out that these situations are usual, of gay friends who were beaten up JUST BECAUSE. We have to endure verbal harassment AND CHAUVINIST, MISOGYNISTIC AND HOMOPHOBIC VIOLENCE because when you stand up for yourself shit like this happens.

By the way, I am thankful to all the women and men in my life that understand that HAVING BALLS MEANS SOMETHING COMPLETELY DIFFERENT. I just hope that in June, Pride Month, stuff like this can be spoken out loudly so they STOP HAPPENING!