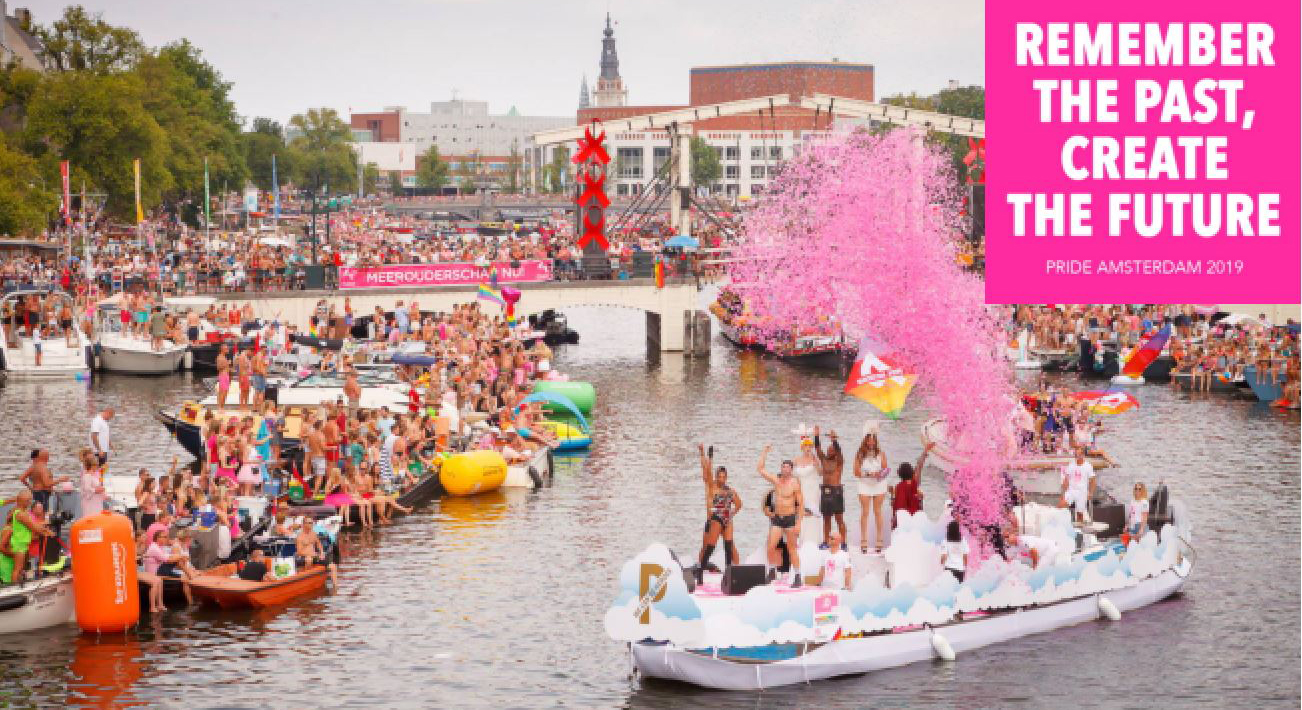 Next year Pride will be dedicated to StoneWall 50 years. Mark your calendars, Pride Amsterdam 2019 will be held from July 27th till August 4th 2019. Be who you are… Love who you want!

'Remember the past, create the future'

The theme of Pride Amsterdam 2019 is 'Remember the past, create the future'. 'This year we are commemorating the Stonewall riots, which broke out in New York 50 years ago and form a decisive moment in the history of the LGBT-movement', says director Lucien Spee of Amsterdam Gay Pride. A year later, in 1970, the first Pride Parade was held in New York.

Internationally there will be a lot of attention for Stonewall 50 years. Pride Amsterdam will be represented at the Parade in New York on Sunday 30 June 2019.

Check out the pics of New York Pride 2018

Pride in the Netherlands

Seven years after the Stonewall riots the first big demonstration, organized by the International Lesbian Alliance, took place in the Netherlands. Since 1979 this became an annual event called 'Pink Saturday' which each year takes place in a different city.'

The highlight of Pride Amsterdam is the world-famous Canal Parade. 'Eighty boats. All with their own message and supporting our main message: 'be who you are, love who you want'.