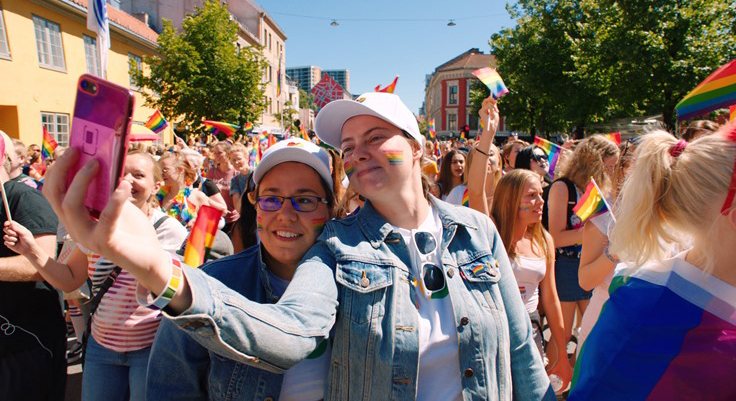 The Proud Experience: Most Norwegians have a liberal attitude towards LGBTQ+ people, and the country was among the first to enact anti-discrimination laws against gays and lesbians. In fact, Norway ranks as third best in the ILGA-Europe 2018 rating of 49 European countries.

Oslo Pride is the largest LGBTQ+ event in Norway. The festival is held annually in June/July and aims to contribute to the acceptance of people just as they are. In ten days, human rights and LGBTQ+ issues set the agenda through art, culture, debates – and parties.

This year’s celebration was no exception. From 22 June to 1 July, thousands of people from far and near gathered in Oslo to celebrate progress and push to end all forms of discrimination. More than 40,000 people attended Oslo's Pride Parade on 1 July. Amongst the participants were Anna Grú?ová (31), Klára Slivo?ová (32), and Kadir Telli (23) who had been invited by VisitOslo and Visit Norway to take part in the colourful event.