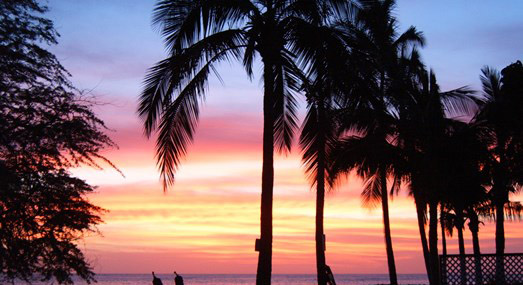 A Hawaii appeals court has ruled against a Hawaii bed and breakfast that denied two women a room because they're gay. The Intermediate Court of Appeals affirmed a lower ruling against Aloha Bed & Breakfast, whose owner appealed based on her religious views. An Appeals Court in Hawaii ruled that a lesbian couple was discriminated against in violation of their civil rights and Hawaii’s state law. The decision upheld a lower court ruling handed down in 2013 on this matter.

The couple from California, Diane Cervelli and Taeko Bufford, made a reservation to stay at Aloha Bed & Breakfast back in 2007. When the B&B owner, Phyllis Young, learned that the couple are lesbians, she refused to allow them to stay at her inn.

(..) The case resonates beyond Hawaii, Renn said. "This is an issue that we're seeing nationwide where businesses are claiming that a religious motivation somehow gives them excuse to violate the law," he said. "And this court very clearly said no, it doesn't."

The B&B owner, Young, can appeal to the Hawaii state Supreme Court. If her request is denied, she could ask that the US Supreme Court review the case. Both courts potentially could deny hearing the matter.

It remains to be seen if this is the final decision on this matter. But for now, the Hawaii Appeals Court has ruled that the owner’s actions here in discriminating against this lesbian couple are in violation of Hawaii’s law. The case will be referred to the lower court to rule regarding what amount of damages to award to the lesbian couple if yesterday’s decision is not overturned.

"We thought the days when business owners would say, 'we're open to the public — but not to you,' was a thing of the past," she said in a statement. "You don't have to change your beliefs, but you do have to follow the law just as everyone else does."