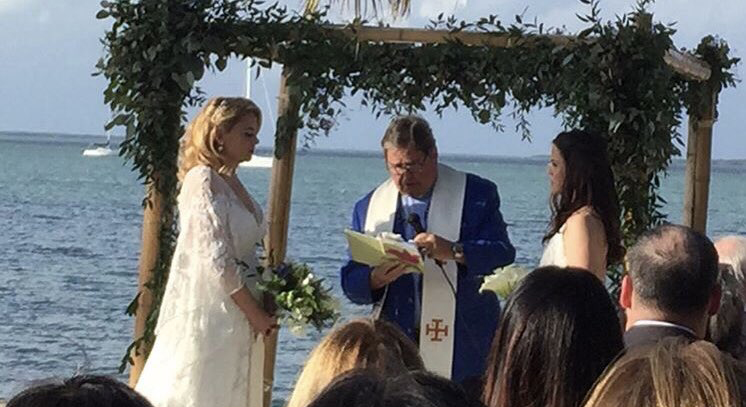 Some parents are speaking out after a popular first grade teacher was fired after she posted pictures of her same-sex wedding on social media.

Jocelyn Morffi taught first grade at Saints Peter and Paul Catholic School in Miami for seven years. Last weekend, she married her girlfriend and posted pictures of the ceremony to Facebook. On Thursday, Morffi was fired.

In a letter to parents, Principal Carlota Morales called it a 'difficult and necessary' decision. Nearly a dozen parents who had children in Morffi’s class came to the school to protest her firing. The parents called her a 'great teacher' and said they were aware that she is openly gay and that it made no difference.

'What she does at home, that’s none of our concern,' said Ricardo Oviedo, another parent of a child in Morffi’s class. 'The fact is, she maintained a high moral standard at school and was inscribing in our kids a sense of community and love.'

Several parents said after meeting with the school administration, they still don’t have a satisfactory explanation for why Morffi was fired.

'You know, to be a Catholic, you’re taught to be forgiving. But if you’re gay, forget about it,' said parent Cynthia Cini. 'But love is love.' 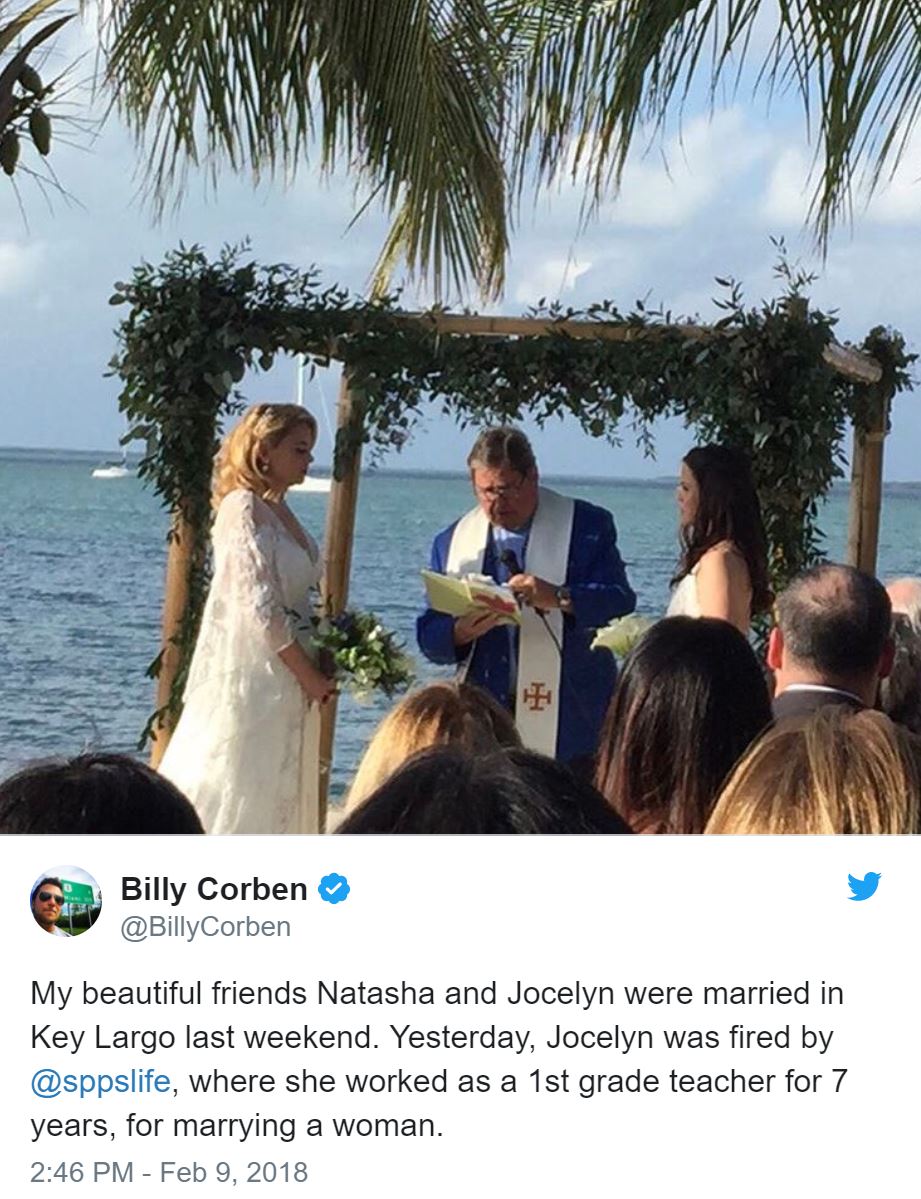