Home > 'Australia has done it'

'Australia has done it' 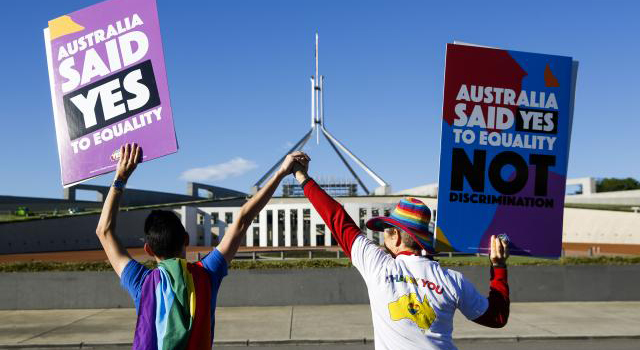 Same-sex marriage will become legal in Australia after a historic bill was passed in the House of Representatives. An overwhelming majority of MPs voted to change the Marriage Act, eight days after a similarly decisive result in the Senate. The vote set off immediate celebrations in parliament, prompting cheers, applause and even a song. The result brings an end to more than a decade of robust and often bitter debate on the issue.

"What a day for love, for equality, for respect," said Prime Minister Malcolm Turnbull.

ABC News Australia: Tim Wilson proposes to his partner in the House of Representatives, shortly after the same-sex marriage bill was introduced to the Lower House: